The majority of the world's poorest billion people are women and girls with the share of women employed outside of agriculture remaining as low as 20 percent in Southern Asia. Often, women and girls are not allowed to make decisions about their household's income, or tradition and culture forbid them to leave their homes. In other words, half of the population cannot contribute to their families and community's economic development. Gender bias unfairly works against women and it not only hinders them from achieving their best but also from living an independent life free of domination and fear. Empowerment allows women to become independent through education, increased awareness, literacy, and training. It equips women to make life-determining decisions for themselves and their families. Above all, it gives women the confidence to stand up to oppression and fight for what’s right.

Women have the power to help their families and entire communities escape poverty. When women earn an income, they reinvest 90 percent of it in their families while for every year a girl spends in school she raises her family income by up to 20 percent. Additionally, educated girls grow into educated women, who have healthier babies and are more likely to educate their children. It's a simple formula: empowerment is the total sum of changes needed for a woman to realize her full human rights.

In Bangladesha around 82 percent of married women suffer gender-based violence and pervasive sexual violence prevents women from achieving their full potential. Despite efforts by the government and non-governmental organizations to reduce the rate of child marriage in Bangladesh, it remains the highest in South Asia at 59 percent of girls getting married before the age of 18.

Since such a large number of women are married off at such a young age, this in turn traps them in a cycle of inequality. They are not allowed to work, child-bearing and household works becomes their only goal in life. Their decisions are not prioritized and have to depend on their husband’s income for basic daily necessities.

However, even though women participation in work has increased, the maximum women workforce remains constrained to limited, low-paying sectors. Three million Bangladeshi women are employed in the lucrative ready-made garment sector, which is Bangladesh’s largest export industry. Increasing numbers of women are involved in small and medium enterprises, but there remain large finance gaps that women face despite several government initiatives. Women are not bringing in the same revenue as men. Women are still trying to catch up to be on the same playing field as men.

Skilled women are gems who can help accelerate the prosperity of a family and society. During field work, Amal has found out that women are ambitious and they have the will to make a difference- they want to stand up on their own two feet and support their families. Amal is focused on supporting these underprivileged women who are left behind. Amal is contributing to help them achieve their dream by training them with necessary skills in skill centers. At the skill centres, women are trained by the professional trainers and taught how to sew, stitch, and tailor clothes. So far, Amal has built 2 skill centers in Bogra called Rowshan Ara skill center and another one in Teknaf called Hope Humanitarian.They craft sarees, wooden earrings, bangles and necklaces which is then sold through Azowa, a sister concern of Amal foundation. Azowa helps these women to bring their handicrafts into the world and sell those through a platform. This helps them to earn their living by utilizing their skills and to live an independent life. 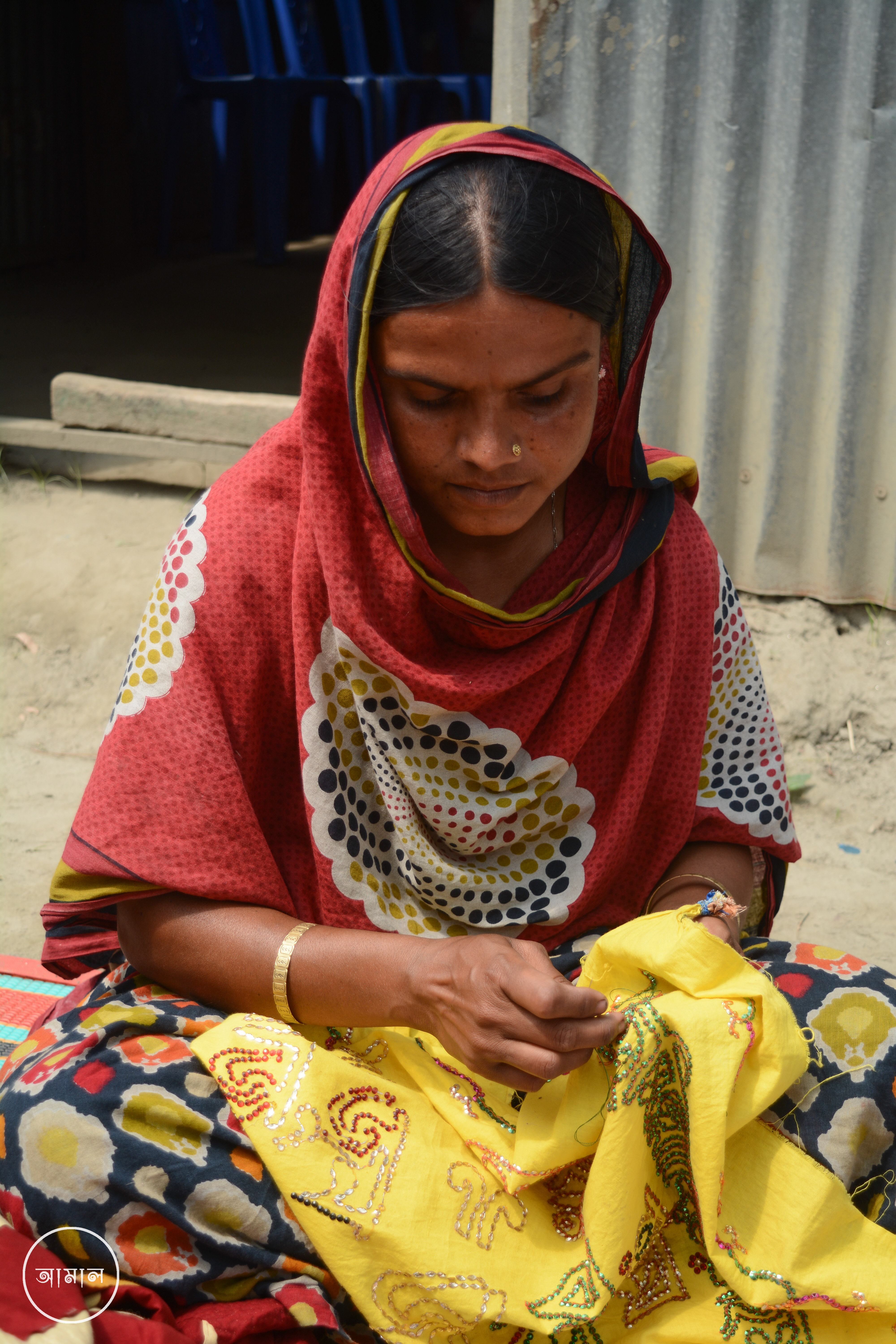 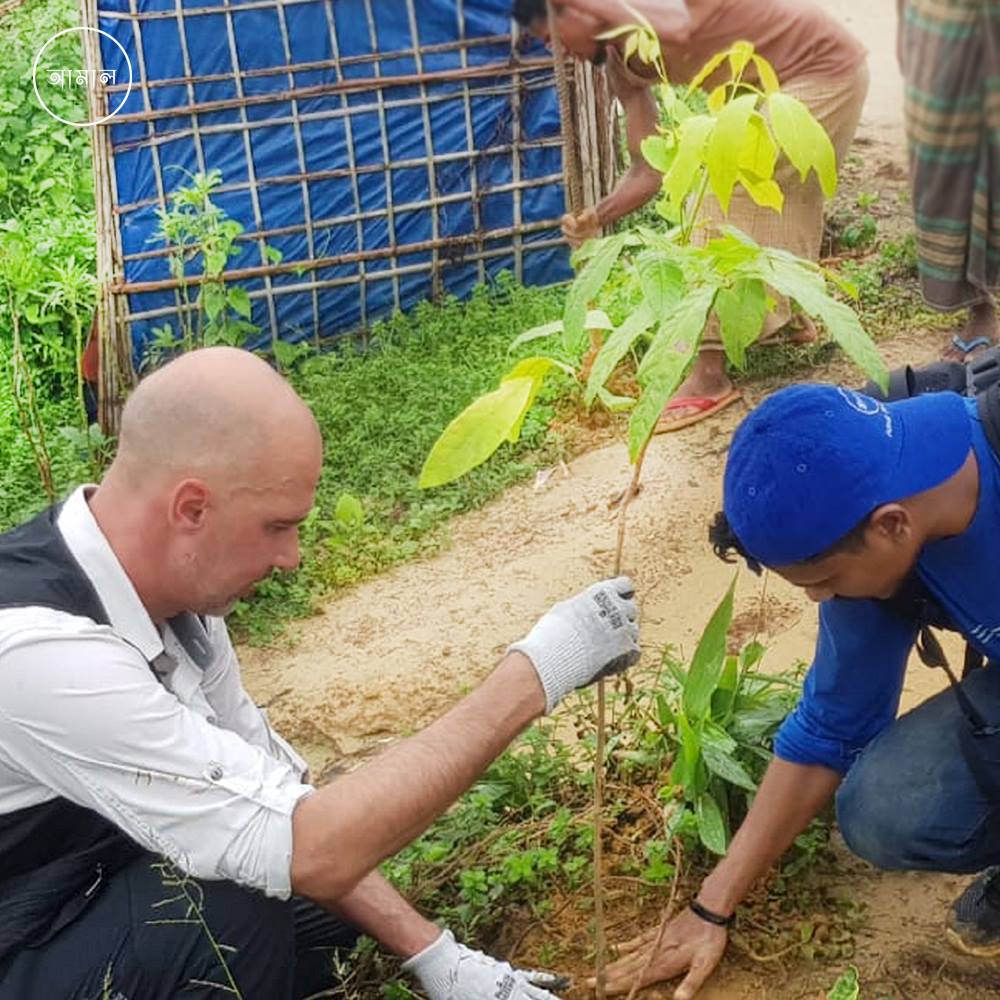